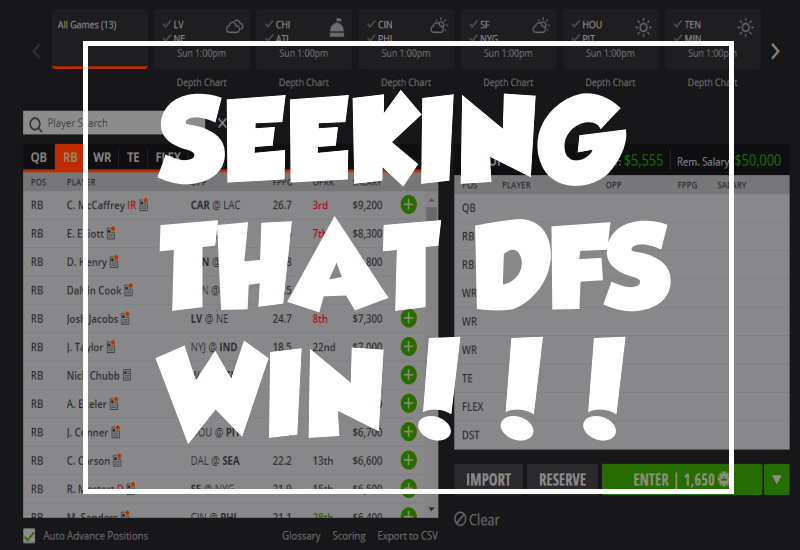 We made some deep selections last week and although they weren’t all grade A, some were good enough to help get you in the money. We’ll continue to do our best to help you find a player or two you may not have considered. You will be surprised how each week will run its course.

All selections listed below are based on salary caps listed on the Draftkings website. Be sure to adjust accordingly whether you are playing at FanDuel or any other DFS site out there.

Matchups do matter when it comes to quarterbacks. Although skill is a big part, look at Dak. He was in our upper tier last week and he went against the Falcons. We chose Matt Ryan instead. Things happen, but you knew that game was going to be a high scoring affair.

Here we are in week three and we’re looking for decent QB’s to fill out a stronger group. Will Ben be the guy against the Houston Texans. The Texans are struggling a bit on defense and this could be a game where Ben gets his groove back with 4 touchdowns passes.

A deep reach here. This may be the biggest reach of the year. However, the matchup gives Mike a chance to go off after his slow start on the season. Atlanta likes shootouts, so let’s get one more before they don’t. Think about Mike which will free up some nice cap space.

When it comes to running backs it’s been pretty tough. Some big names are getting hurt and the ones you would expect to do well are coming out mediocre. You really have to dig in a find the diamond.

Right now the Arizona Cardinals look like the team to beat. Their offense is really clicking and the defense is getting the ball back quickly. We like Kenyan here going against Detroit at home. Although Detroit should come to play, should they slow down the passing game, Drake has the legs to attack. Plus he is averaging 19 carries a game. The price is decent here.

Melvin on the Broncos is definitely interesting. He is getting some but not all the carries. Only 15 carries last week and a score, but they went up against Pitt at home. This week they get Tampa which will give up some running room. Look for Melvin at this price to get you 80 yards, 3 catches, and one score.

Finding that one each week has gotten difficult. We must stick to our guns here for the cheaper players with a lot of upside. Without the upside, there is no reason to play the player. You will most likely not end up in the money.

We liked him in week one and we like him now. Why? Because the WFT needs to throw him the ball and they know that. He had 10 targets last week so be ready for 10 more targets and another 100-yard game.

All Corey has to do is have a week one performance. He was targeted 5 times last week which isn’t terrible, but this time around if he can get back to 8 targets you may just get the stats you need from him.

It’s time for Kyle to come out of the shadows and produce. The Vikings are coming off a terrible game and this is the time to go back to a trusty Tight End. Rudolph used to be so clutch and they need him in this one. Consider him if you need that few extra bucks.

Piecing it together is never easy and you have to take chances. That is what makes playing DFS so fun. Each week you have new opportunities to win. Sometimes you have to think outside the box so you can take the prize. Good luck with this week’s action. 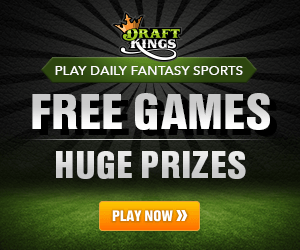